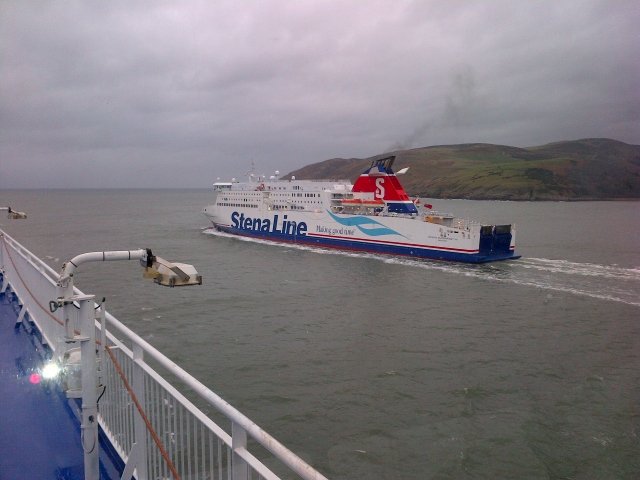 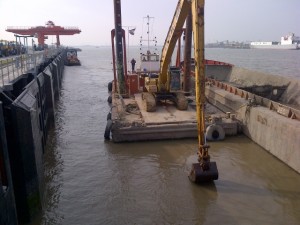 Del Norte, originally based in Swindon, started at the Okus Industrial Estate before making a number of moves around the town to finally operate from Berkeley House in South Marston in the building where Spitfires were manufactured during World War II.

Laurie Smith is the Managing Director and Neil Carter-Davies is the Product Support Manager.

When Laurie moved to Doncaster to be near his family, it became clear that another move of premises was necessary. Neil lives in Calne so the Carlton Business Centre was an ideal and obvious location for the company’s Southern office.

Del Norte operates all over the UK, servicing over 45 ports and harbour authorities, dredging and marine survey companies. Every Royal Navy ship has a Del Norte portable survey system to enable it to undertake hydrographic surveys.

Hypack software is used in Del Norte equipment with over 300 licenses sold to date.

RTK is ideal for dredging work as the barge or vessel moves up and down with the tide, enabling accurate work on the sea bed.

Echo sounders accurately assess the depth of water. Side scan sonar allows the operator to locate items on the sea bed. This was used in the Orkneys to find two 20cm water pipes. It can also be used to locate sunken vessels, for example in Scapa Flow HMS Vanguard was located on the sea bed many years after the magazine exploded on 9th July 1917 sinking the vessel and blasting one of the gun turrets 1km onto dry land. 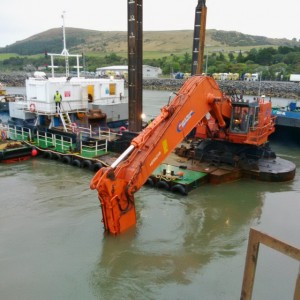 They are clearly very successful as 99% of their custom is repeat business.

“When Costas and I joined to set up Akula Global in September 2012, we were faced with two choices – either commute weekly to Yorkshire, or work from home. Neither was a particularly enticing prospect, as we both have young families. We looked at a few serviced offices in the area, but nothing really fitted the bill – they were all either too expensive, or badly situated, or presented us with a list of “do’s and dont’s” as long as your arm……. Then the moment we stepped into Carlton Business … END_OF_DOCUMENT_TOKEN_TO_BE_REPLACED

“I was looking for a local office that was easy to move into, represented good value for money, had great facilities and had easy access to the M4 and main railway station. This proved to be quite difficult until I came across Carlton Business Centre. Carlton Business Centre ticked all the boxes and more. From the outset I was made very welcome and nothing was too much trouble. I signed a straight forward and very flexible Tenancy Agreement and moved in. This facility is simply excellent and I… END_OF_DOCUMENT_TOKEN_TO_BE_REPLACED

“I recently rented an office at The Carlton Business Centre in Calne and could not have been happier with the service received or the standard of the offices for the rent I paid. They are always clean and well maintained, any issues that might arise are dealt with swiftly and efficiently allowing me to get on with my own business in comfort. I would recommend them to anyone.”

“We initially moved into Carlton Business Centre to use it as a remote office in Calne. In the time we’ve been there we’ve been able to upgrade internally 3 times, each time to a larger office! This provided us with great flexibility for our staff, and the in-house internet & phone system made the internal moves stress free and simple. With all the costs included in the monthly rent, plus a landlord who is always happy to help… Carlton Business Centre offers a competitive package that we couldn’… END_OF_DOCUMENT_TOKEN_TO_BE_REPLACED

“A big thank you to all at the Carlton Business Centre for providing a flexible, professional and friendly service. It’s rather daunting moving into your first office but the guys made me feel very welcome. The facilities are great, especially the meeting room which is ideal when I have a client presentation. Parking is never a problem and is a big plus when clients come to visit. Carlton Business Centre advertise ‘Easy In Easy Out’, it certainly was a breeze to get setup, I’m hoping I won’t nee… END_OF_DOCUMENT_TOKEN_TO_BE_REPLACED

“My company OCPIN Ltd has recently moved to the Carlton Business Centre. Previously we rented office space from a well-known landlord but the experience has left a bitter taste in our mouths. Having increased our rent by 60% per month it was time for change. We looked closer to home and found Carlton Business Centre.  The welcome and support that you get from the team here is great.  You actually feel as though you are a part of the building unlike in our past experience where you were just an… END_OF_DOCUMENT_TOKEN_TO_BE_REPLACED

“I’m a freelance translator and was looking for somewhere close and convenient to work during the winter while in Calne for 6 months. The Carlton Business Centre was exactly what I needed – I could arrange my working hours to suit myself (sometimes having to work late into the evening), my office was warm and light (and the other people in the building were really friendly and helpful) and the contract was extremely flexible so I could just pay for the months I actually needed to be there ra… END_OF_DOCUMENT_TOKEN_TO_BE_REPLACED

“I have been delighted with the office space that we have taken up at Carlton House. The atmosphere is warm and friendly, the all-inclusive services are to a very high standard and they could not have been more reliable and helpful when we moved in. The premises are of a very high standard of decoration and finish. We have all the facilities that we could wish for, and a well-equipped meeting room that can be booked for our special events. I would recommend it for quality, flexibility and value … END_OF_DOCUMENT_TOKEN_TO_BE_REPLACED

You can find out more about which cookies we are using or switch them off in settings.

Strictly Necessary Cookie should be enabled at all times so that we can save your preferences for cookie settings.

If you disable this cookie, we will not be able to save your preferences. This means that every time you visit this website you will need to enable or disable cookies again.